The Tree of Life

(Gathered from Wikipedia and other Internet sites and sources)

What is the meaning behind the Tree of Life?

The tree of life, mentioned in the books of Genesis and Revelation, is a life-giving tree created to enhance and perpetually sustain the physical life of humanity. The tree was planted by God in the Garden of Eden: “The LORD God made all kinds of trees grow out of the ground—trees that were pleasing to the eye and good for food. In the middle of the garden were the tree of life and the tree of the knowledge of good and evil” (Genesis 2:9). The centrally located tree of life would have been easily accessible to Adam and Eve from any point in the garden.

The Tree of Life is a popular and universal symbol that represents multiple different things across various cultures and religions. The symbol does not belong to one specific culture as it has been used all over the world for centuries. 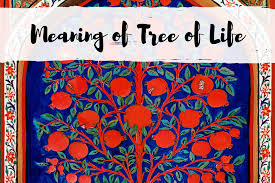 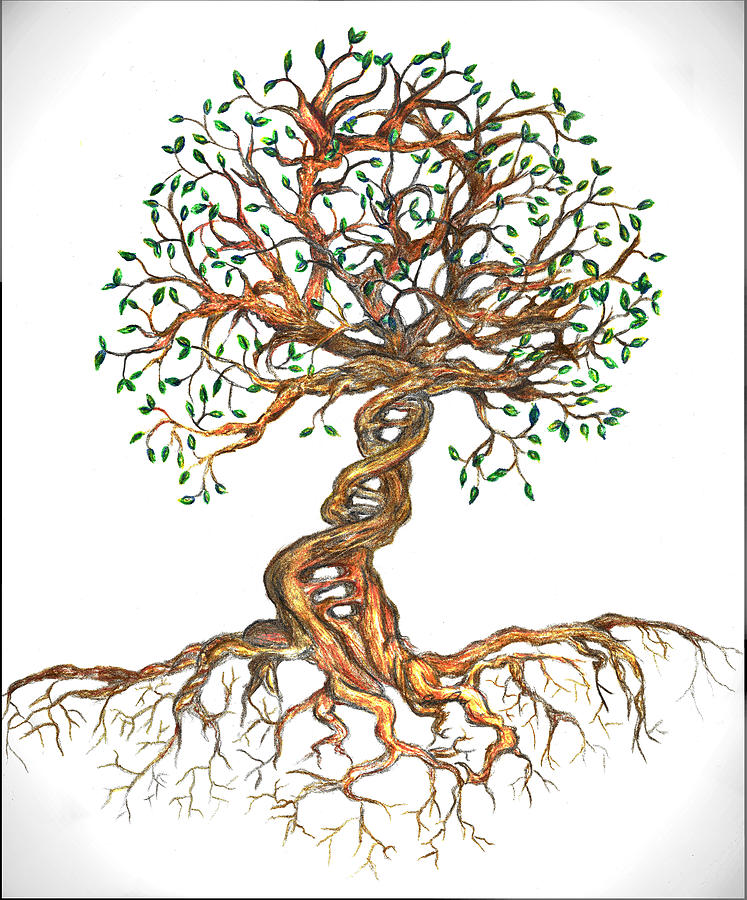 The tree is seen as a sacred symbol, which carries significant meanings in both religious and spiritual philosophies. While the Tree of Life symbolizes many different things, there are some common themes that the symbol represents within multiple cultures.

THE MEANING OF THE TREE OF LIFE  WITHIN MULTIPLE CULTURES

A Connection to Everything: The Tree of Life commonly represents the interconnectedness of everything in the universe. It symbolizes togetherness and serves as a reminder that you are never alone or isolated, but rather that you are connected to the world. The roots of the Tree of Life dig deep and spread into the earth, thereby accepting nourishment from Mother Earth, and its branches reach up into the sky, accepting energy from the sun and moon.

Ancestry, Family, and Fertility: The Tree of Life symbol also represents the connection to one’s family and ancestors. The Tree of Life has an intricate network of branches that represents how a family grows and expands throughout many generations. It also symbolizes fertility as it always finds a way to keep growing, through seeds or new saplings, and is lush and green, which signifies its vitality.

Growth and Strength: A tree is a universal symbol of strength and growth as they stand tall and strong all over the world. They spread their roots deep into the soil to ground and stabilize themselves. Trees can weather the toughest of storms, which is why they are such a prominent symbol for strength. The Tree of Life represents growth as a tree starts out as a small, delicate sapling and grows over a long time into a giant, strong tree. The tree grows up and outwards, representing how a person grows stronger and increases their knowledge and experiences throughout their lifetime.

Individuality: The Tree of Life symbolizes one's individuality as trees are all unique with their branches sprouting at different points and in different directions. It symbolizes a person's personal growth into a unique human being as different experiences shape them into who they are. Over time, trees gain more unique characteristics, as branches break off, new ones grow, and as the weather takes its toll - all throughout which the tree remains strong and sturdy. This is a metaphor for how people grow and change throughout their lifetime and how their unique experiences mold them and enhance their individuality.

Immortality and Rebirth: The Tree of Life is a symbol for rebirth as trees lose their leaves and seem to be dead during winter, but then new buds appear and new, fresh leaves unfurl during the spring. This represents the beginning of a new life and a fresh start. The Tree of Life also symbolizes immortality because even as the tree grows old, it creates seeds that carry its essence so it lives on through new saplings.

Peace: Trees have always evoked a sense of calm and peace so it is unsurprising that the Tree of Life is also a symbol for peacefulness and relaxation. Trees have a relaxing presence as they stand tall and still while their leaves flutter in the breeze. The Tree of Life serves as a reminder for the unique, calming feeling that one gets from trees.

THE HISTORY OF THE TREE OF LIFE SYMBOL

As a symbol, the Tree of Life goes all the way back to ancient times. The oldest known example was found in the Domuztepe excavations in Turkey, which dates back to about 7000 BC. It is believed that the symbol spread from there in various ways.

A similar depiction of the tree was discovered in the Acadians, which dates back to 3000 BC. The symbols depicted a pine tree, and because pine trees do not die, the symbols are believed to be the first depictions of the Tree of Life. Christianity - The Tree of Life is mentioned in the Bible in the Book of Genesis. It is the tree that grows within the Garden of Eden and is the source of eternal life. There are several meanings behind the Tree of Life symbol in Christianity. Some believe it to be the symbol of humanity free from corruption and sin, while others believe it to represent love. The tree is believed to have healing properties and its fruit grants immortality. 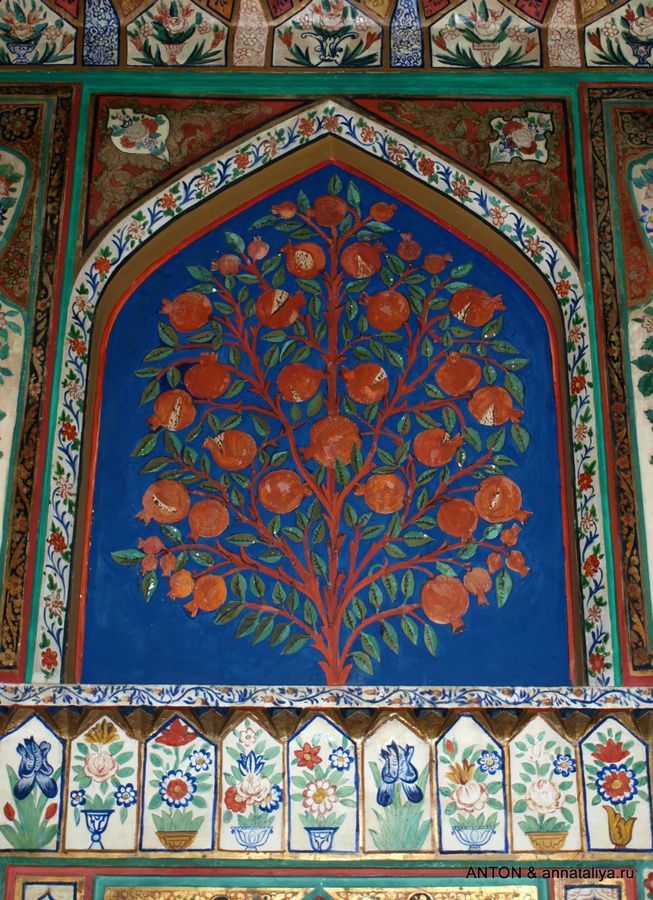 Buddhism - In Buddhism, the Tree of Life is known as the Bhodi-tree and is believed to be the Tree of Enlightenment. It was under this tree that Buddha reached enlightenment so it is seen as a very sacred symbol.

Celtic Beliefs - The Tree of Life is still a prominent symbol in the Celtic beliefs and is depicted in multiple forms. They believe the roots represent the ‘other world’, the trunk represents the mortal world and connects the roots and branches, and the branches represent the world above, or the heavens.

Islam - The Tree of Life is known as the Tree of Immortality in the Quran. It appeared in Eden and is the tree from which Adam and Eve ate after Allah had forbidden them from doing so.

Judaism - In Judaism, The Tree of Life is what sustains and nourishes life. It stands in the center of a fruitful garden planted by Yahweh.

The Hebrew term etz chaim (literally “tree of life”) is a common one in Jewish life, often used to refer to the Torah. It is a popular name for synagogues and Jewish schools as well as the title of one of the major works of Jewish mysticism.

The first reference to the tree of life in Jewish texts comes from the biblical story of the Garden of Eden. Genesis 2:9 relates that God filled the garden with beautiful and tasty trees, and in the middle planted two in particular — the tree of life and the tree of knowledge of good and evil, the latter of which he forbade Adam and Eve to eat.

The tree of life as a metaphor for the Torah comes from the Book of Proverbs, which uses the term three times, the most famous of which is the saying in Proverbs 3:18: Etz chaim hee l’machazikim bah (“She is a tree of life to those who grasp her”). This line, referring to the Torah, is commonly sung in Ashkenazi congregations as the Torah is returned to the ark after public readings.

From Wikipedia, the free encyclopedia 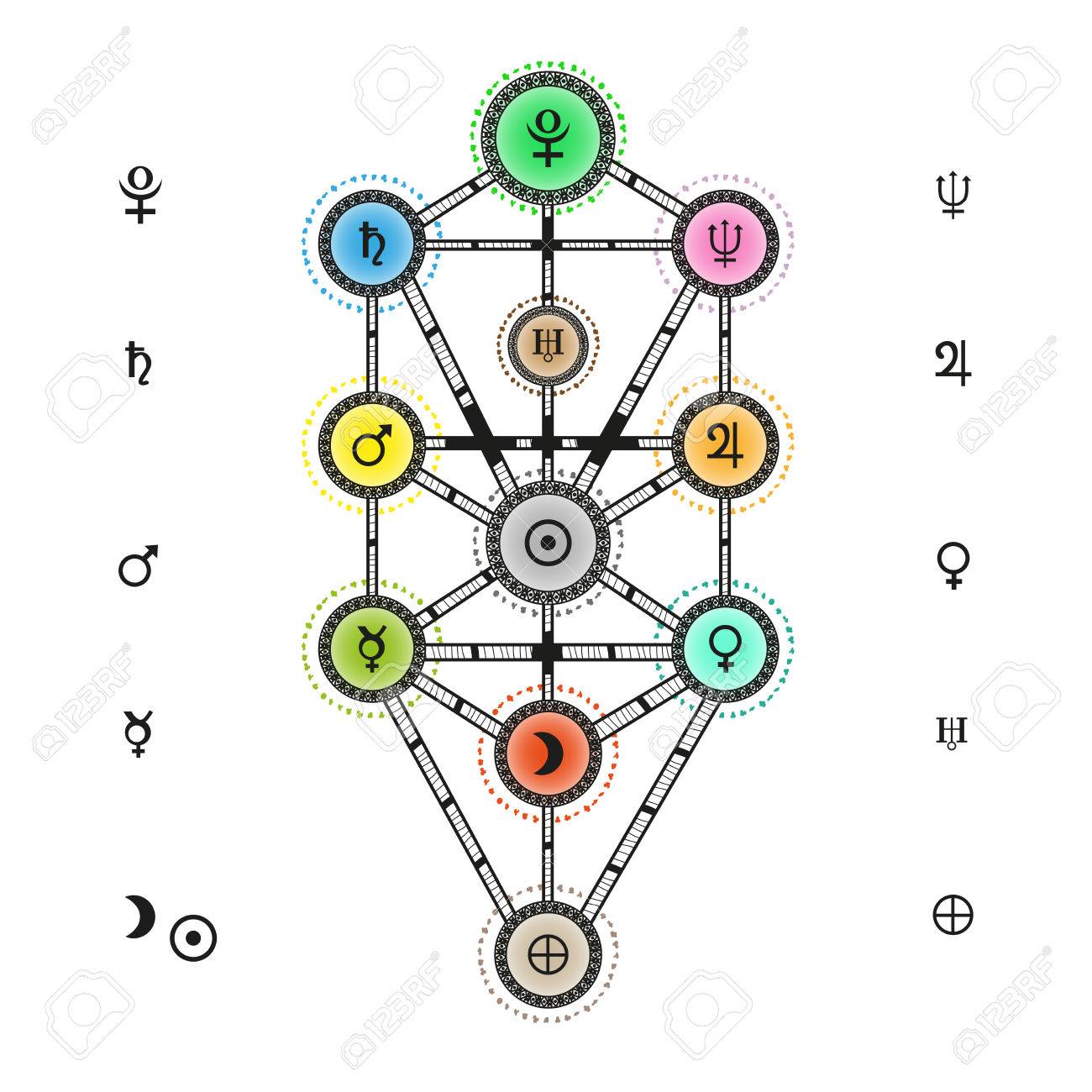 The tree of life is a diagram used in various mystical traditions. It usually consists of 10 nodes symbolizing different archetypes and 22 lines connecting the nodes. The nodes are often arranged into three columns to represent that they belong to a common category. 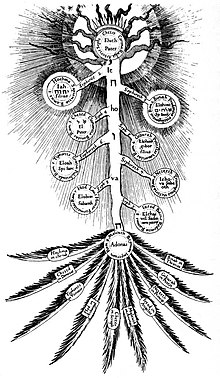 According to Chassidist Kabbalist scholars, the tree of life is to be interpreted in the following way: